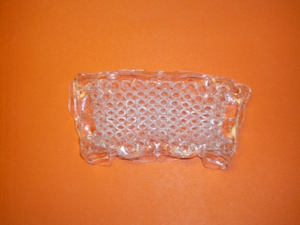 Yes, the data suggest that those non-sterile v-bottom 96-well dishes (untreated) are NOT made for the autoclave.

I wrote a lot of grants in my first 3 years as faculty. A LOT. Nearly 30. And so I’ve read a few reviews, and a few summaries of review panel discussions that took place over my grants. I take reviewing grants incredibly seriously because I know that more often than not, someone’s career is on the line. If I agreed to do the review then the applicant absolutely deserves the most careful review that I can possibly deliver. These reviews can be very instructive if correctly written.  They can also be totally useless if not carefully done. I have gotten a totally useless review or two, and that meant waiting out a year to re-submit a proposal and not knowing what to change on it in the resubmission.

From the perspective of the reviewee, the most important thing to remember when you are writing a grant review is to let the applicants know the specific strengths and weaknesses of their proposal (I feel like the new NIH format is well set up for this BTW, but it still depends what you put into it). Feedback like ‘aim 2 is weak’ is not particularly helpful. If you are going to make a general statement about a weak section in the proposal, buttress that with the specific points about WHAT exactly in those experiments is weak. Are the experiments unjustified? Is the technique inappropriate? Have the applicants not considered the range of experimental results that they might get and proposed alternatives for each case? No preliminary data? This takes considerable thought on the part of the reviewer to put such reviews together, but this is someone’s career you have in your hands. Wouldn’t you want the same kind of thoughtful consideration?

Feel free to comment on the positives (if there are any). I think sometimes we get in this mode that we have to be ‘critical’ when we are reviewing something. But being critical doesn’t mean being negative, and it sure doesn’t mean never pointing out a positive.  And shoot- while C PP would say that science isn’t a care bears tea party- some positive reinforcement where applicable goes a long way to keeping morale up in what right now, quite frankly, is a pretty shitty dismal funding atmosphere.

Once you have a huge laundry list(s) of strengths and weaknesses- find a way to prioritize so you can give the applicants a feel for which weaknesses (or strengths) were key in determining the score that they got, and/or what the deal-breakers were. If you feel that the proposal has a major flaw, feel free to say ‘this is a major flaw’.  I always appreciated (HA! After a couple of nights drinking maybe) it when reviewers let me know exactly what needed fixing, when something was unfixable, and when I shouldn’t bother sending something back.

And one final note. Us applicants appreciate it when reviewers use professional (and positive when possible) language and stick to the facts.  Snarky or inflammatory language is pointless in a review. Data or lack thereof is not ‘disturbing’- moral failings are ‘disturbing’.  Saying that a certain element ‘would be nice’ is unhelpful. More important to outline WHY a certain element would strengthen the proposal. Saying the PI… who may be  junior faculty … is young and naïve doesn’t accomplish anything except making that person feel small. This kind of stuff in a review is unnecessary.

(And actually, although I wrote this about grant reviews- all of this applies to manuscript reviews as well)

I received the following email recently:

I am in the process of putting together my thesis committee. I would be honored if you would consider being a member of my supervisory committee. Once I have a list of potential faculty members, I will, at a later date, arrange for a committee meeting early next year. If you have any questions, please feel free to email me, and I am readily available for a chat if you would rather meet in person.

Have a great day!

Nice, polite request for me to be on his/her thesis committee. Just one problem: I have NO IDEA who this person is, what his/her project is, or WHY he/she thought my expertise might be a valuable addition to the thesis committee, nor did (s)he give me any clues. The only details I removed from that email were my name and his/hers. I’m in the mood to be snarky today- but I’m going to hold back and try to be instructive instead. Here is what I’d like to see next time:

My name is Very-Thorough-Student, and I am a graduate student in the Widget Making Department pursuing my doctoral work in the laboratory of Big-Shot Professor (actually it doesn’t matter if she’s a big shot professor, as long as you tell me WHO your advisor is). I am a second year student and my thesis project is to understand the molecular basis for widget function (might elaborate on this just a touch).

I am in the process of putting together my thesis committee, and your expertise in widgetry would be very helpful. Would you be willing to be on my thesis committee?  We are tentatively planning to have my first committee meeting early next year. If you have any questions, please feel free to email me. Thanks for considering this request.

In this second version all the important details are included. Let the person you are making a request of know who you are, where you are from, what you are working on, and why you think their expertise is needed. If you do it this way you are much more likely to get a response.